For sports fans, our PCs provide us with a myriad of tools to help us get closer to our favorite leagues, teams, and athletes.

Modern Over The Top (OTT) streaming services like Amazon Prime Video, F1 TV Pro, and NBA Game Pass gives us access to live events, exclusive documentaries, and on-demand replays of every match, race, and game. This means we never have to miss a second of our favorite sports.

Our PCs also allow us to place bets on sporting events. In recent years, many online sportsbooks have swung open their virtual doors, giving us live odds, in-game betting, and a wide array of markets. Many also offer risk-free bets and other promos to sweeten the deal for new customers, making it a very attractive prospect.

Many sports fans also use their PCs to play video games that let them re-create the action they see on TV, but with them in control.

At the end of last year, video gaming entered a new era with the release of the PlayStation 5 and the Microsoft Series S and X. These machines represent a major step up from the hardware that had previously been on offer from Sony and Microsoft, with improved processing power and incredible new graphics capabilities.

Of course, for PC gamers, there is no such major step up in hardware. When your graphics card becomes obsolete, you can just replace it with a new one, when you need more memory, you can just install more, and when you’ve run out of storage, you can just add an additional hard drive or SSD.

However, PC gamers do often benefit from the improved graphics and functionality that comes with a new generation of consoles because the development of new titles for the PC is done at the same time as the Xbox and PlayStation versions.

As we head into the second half of 2021, there are some great sports games already released and several more due out imminently that promise to be a big step up on last year’s releases. Here are some of the best.

F1 2020 was already a great game, with some of the best graphics that we’ve ever seen, but for 2021, Codemasters has made some big improvements in the graphics, taking advantage of the ray-tracing included in most modern hardware. 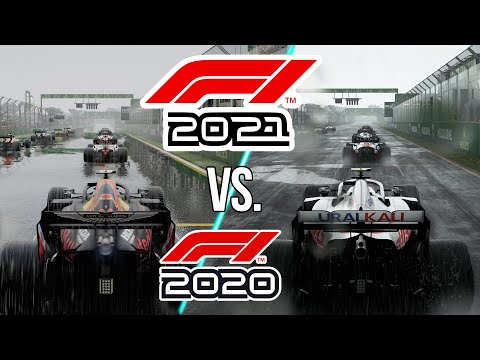 In some scenarios, the graphics of F1 2021 are so good that it can sometimes be difficult to tell it apart from real life.

The game also includes a new story mode called “Braking Point” and reintroduces the rivalry between you and other drivers, recreating the rise through the junior formulae that most drivers experience.

F1 2021 is out now and available for PC users to download on Steam.

FIFA is the most popular soccer game franchise ever created. While titles like Pro Evolution have given it a good run for its money, EA Sports’ FIFA has remained the champion.

The latest installment will be FIFA 22. It will be available for both current and last-gen consoles as well as PC. For those with underpowered machines, it will also be available on Google Stadia, though it’s not yet clear when this will be released.

In addition to improved graphics, FIFA 22 will contain EA’s new “groundbreaking” HyperMotion technology which will make player and ball movements much more realistic.

FIFA 22, will be released on October 1, 2021, a little later than usual as EA has had some delays during development. Those that pre-order the Ultimate Edition will be able to get their hands on the game a little earlier, with a release date of September 27 currently scheduled.

Madden is the official NFL game and has enjoyed annual releases since the early 1990s. That won’t be changing this year either, and Madden 22 will be released on August 20.

In terms of gameplay features, Madden 22 won’t offer anything radically different from previous releases, though EA is making some upgrades to Franchise Mode. This is something that most fans will be very happy about as it has been neglected somewhat in recent years.

There will also be upgrades to graphics for the current-gen consoles and PC, provided you can meet the system requirements for these.