Windows 10 and Windows 8.1 were the best updates that you got for your computers and laptops.

When Microsoft introduced Windows 8.1 then there were major updates from windows 7 and when they launched it there were some initial bugs with widows 8 but when the update came to windows 8.1 then all of those bugs were removed or fixed.

And don’t even get started with the update of windows 10. Windows 8 and 8.1 were the initial stage of the changes they Microsoft made to enhance the user experience.

But when Windows 10 came to the concept then they took all the factors from windows 8.1 and windows 7 then merged them to create a beautiful looking user experience for their users.

So, in this article, we are going to talk about which one is better windows 8.1 or windows 10. 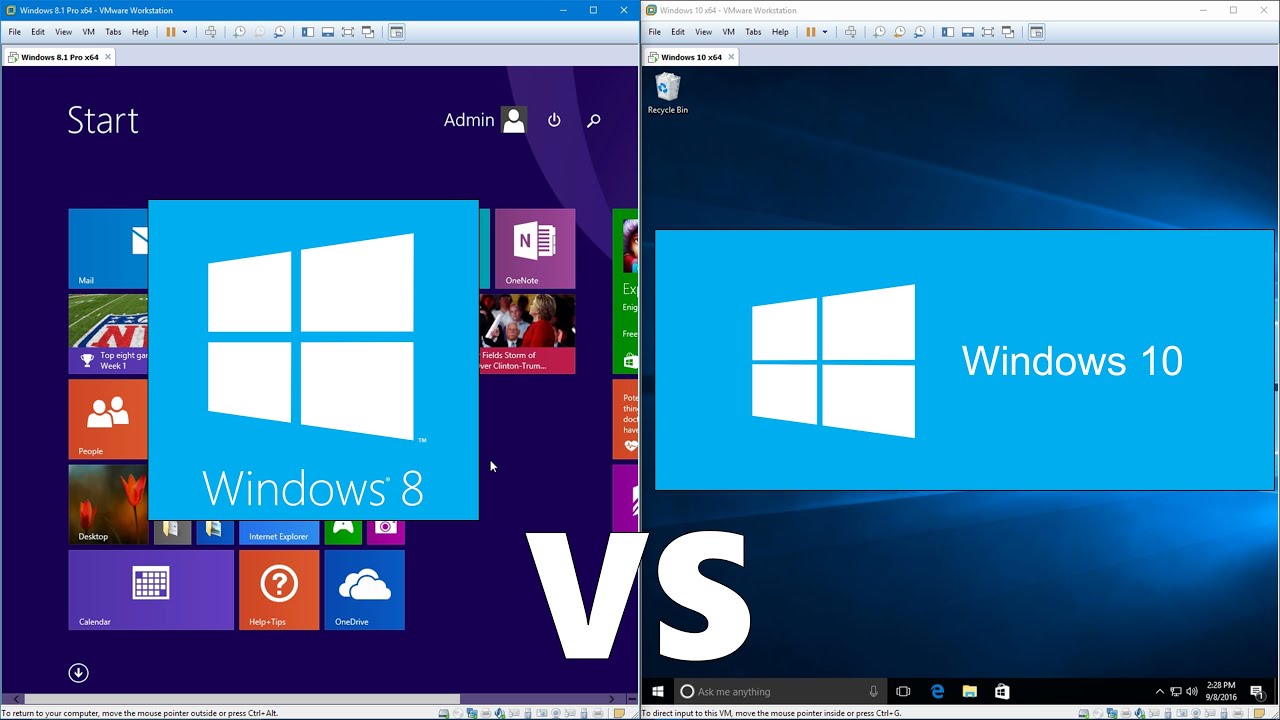 Here are some major functionalities that I have highlighted to cover the differences between these two different variations and major updates of windows.

As both of then describes the change of era thus you can easily determine which one is better for the user and for you.

When we tested these two OS side by side then what we noticed was fascinating. As both of then took approximately the same time when it comes to boot duration.

The timing might depend on the machine that we have tested them on but one machine was Lenovo X1 carbon and another one was Microsoft Surface Book.

As I said, that this might matter on the machine but the fraction was of just split seconds when we ran Windows 10 on Microsoft Surface Book and Windows 8.1 on Lenovo X1 Carbon.

With that, there is another advancing feature in windows 10 that is in-depth facial recognition as this requires some 3d realistic camera device that is not installed in some of the high-end machines.

And through this, you can enter your desktop screen with-in just a minute.

In my opinion and in this case, the winner is Windows 10 not because of the boot-up duration but the feature of facial recognition.

That’s it or else the Boot-up duration is almost yet exactly the same with Windows 10 and Windows 8.1.

Interface? This is the foundation of any operating system.

When you choose an operating system such as android you might have heard the interface of the phone is not that great or friendly.

What it means is that the interface is hard and tough to use. So, most of the people including me buy their gadgets based on the user interface.

The same is the case with Windows 10 and Windows 8.1. Let me take you a little bit back to Windows 7. In that, the interface was a bit strict and not that minimal.

As the requirement of today, you have to be minimal, so Microsoft introduced Windows 8 with a minimal user interface. The thing with Windows 8 was that it wasn’t user friendly.

This made multiple complications for the user as the Interface was minimal and modern looking and at that time it was an innovating experience for Windows 8.

So, Microsoft introduced Windows 8.1 as an upgrade of Windows 8. Now: this was the change that the user needed and they appraised Microsoft with it.

But every glorious reign has to end and so as this window was outdated after years. Then they took the concept of Windows 7 and Windows 8.1 to create Windows 10.

And this was the windows that everyone loved. Coming towards the head to head comparison.

Windows 8 and Windows 10 were the basis of Microsoft to sell their Windows and these two windows are still ruling the market but which one is better in the matter of User Interface.

In my opinion, Windows 10 takes the lead here because this window features several user interface functionality from different operating systems such as Linux and others.

With that, it also creates a more reliable way to use your windows and the setup is minimal. Thus nowadays everyone has switched to windows 10.

When it comes to the User Interface then I would say that Windows 10 takes the lead as this offers several functionalities that you can’t get in Windows 8.1 regarding User Interface.

Other than that, I’m not saying Windows 8.1 has been outdated but the design aspect of the Interface can be considered as old thus a few in a million people use this and most of them use Windows 8.1 for comparison as such we did.

Windows 10 wins this head to head comparison from windows 8.1 as Windows 10 has a better-looking interface with better features and usability.

With that, Windows 10 also fixed several bugs from the interface of 8.1 and specifically from Windows 8.1 start menu.

Other than that this also provides some sort of booster to the management of desktop and the icons have also improved from Windows 8.1. The two of the most common Windows variations that were launched and used by several users are Windows 8.1 Business and Windows 10, Professional.

Coming towards the stability factor let me get the elephant out of the room as the best stability till now for Windows Operating System is for Windows 8.1.

Yes, I said it Windows 8.1 offered several features, and till now you won’t feel that windows to be unstable and not working properly.

Even we used that windows for 6 months before release and then also Windows 8.1 didn’t show any signs of bugs, glitches, errors, and other consequences that can irritate you.

So, hands down I will say that Windows 8.1 had more stability than Windows 10.

It’s not like that as Windows 10 is not completely stable. It is, yes it is stable and it is stable enough that you can freely run this os.

But the thing is Windows 10 has repeatedly lashed out several bugs and glitches that can irritate the users such as there were accidental file deletes, glitches, Work inconvenience, and much more.

There is no major reason to which you should downgrade to Windows 8.1 but the instability has been irritating the users for a long time.

By reading the description you would have guessed it that the winner of this head to head comparison is Windows 8.1.

As there was no instability found with this Operating system and I think that the stability factor is not a stronghold for Windows 10 and it never will be.

Enterprise variant was for business users and in that department Windows, 8.1 did its fair share of service for them.

Windows 8.1 provided features such as Secure Boot, Windows To Go (This provided you bootable USB for your Windows when you are on the go), and Hyper-V virtualization of other guest OSes.

These features were overruled by the feature of touchscreen devices and compatibility.

When Windows 10 rolled over then all of these features were present in that Os also but the selling point was it also included some new features that might be helpful for your business enhancements.

These features of Windows 10 had a powerful impact on the business’s revenue.

As the in-place upgrade was smoother than the previous version, now IT managers don’t have to wipe and reimage the windows to upgrade as they did on the previous windows.

He settings, placement, and the direction of the softwares were retained from the Enterprise variant. And all of this happened between the duration of 40 minutes.

Now with Windows 10 Enterprise Microsoft allowed IT managers to bring off the shelf hardware into their businesses.

As they introduced a new runtime config tool that you can implement on various setups for VPN, different Email profiles, application installations, and several security policies.

This all is upgradable and possible without removing any type of preinstalled settings or hardware setup and start from scratch. You can preserve the hardware setup as well as software integrations.

Microsoft is now forcing the same updates that they made compulsory for other users.

This might be disadvantaged for the businesses but with these compulsory updates of Enterprise, Microsoft has rolled out some additional features only for businesses only that were not present on the previous enterprise update.

Also Read: How to Speed up Windows 10? (Short Guide)

This is an idea that was introduced in Linux based systems and what it does is that it optimizes the windows to that point at which you can easily run Windows 10 Enterprise on some critically operated systems.

This also allows you to install all the stable versions of Windows 10 Enterprise on these systems and you can also receive updates every time they are rolled out by Microsoft.

When it comes to updates then Windows 10 Enterprise has always been the first to get the latest feature updates thus Windows 10 pro users always have to wait a month or so to get that update.

By the description, you might have noticed that Windows 10 Enterprise has ruled over Windows 8.1 Enterprise features.

But there was an injustice with Windows 8.1 as all the features were same but these windows went into shadows under different emerging technology.

Thus Windows 10 takes the mark on this one.

When it comes to security then I will justify these both variants of Windows.

Such as this Windows offered proper protection form the browsers, the lock screen was also great and much more.

The more you dig deep in the security of Windows 8.1 the more you will discover. Coming towards the Windows 10 security features.

Now when you call security then this is what you should mean. By miles, this Windows has checked over its predecessor and made sure that your Computer is never vulnerable.

As Microsoft offers different security parched with Windows 10 your computer is safe with these windows either from the web or from and external conflict.

With that, this also provides you with different login feature sand that is counted as a security update.

So this head to head comparison goes to Windows 10. 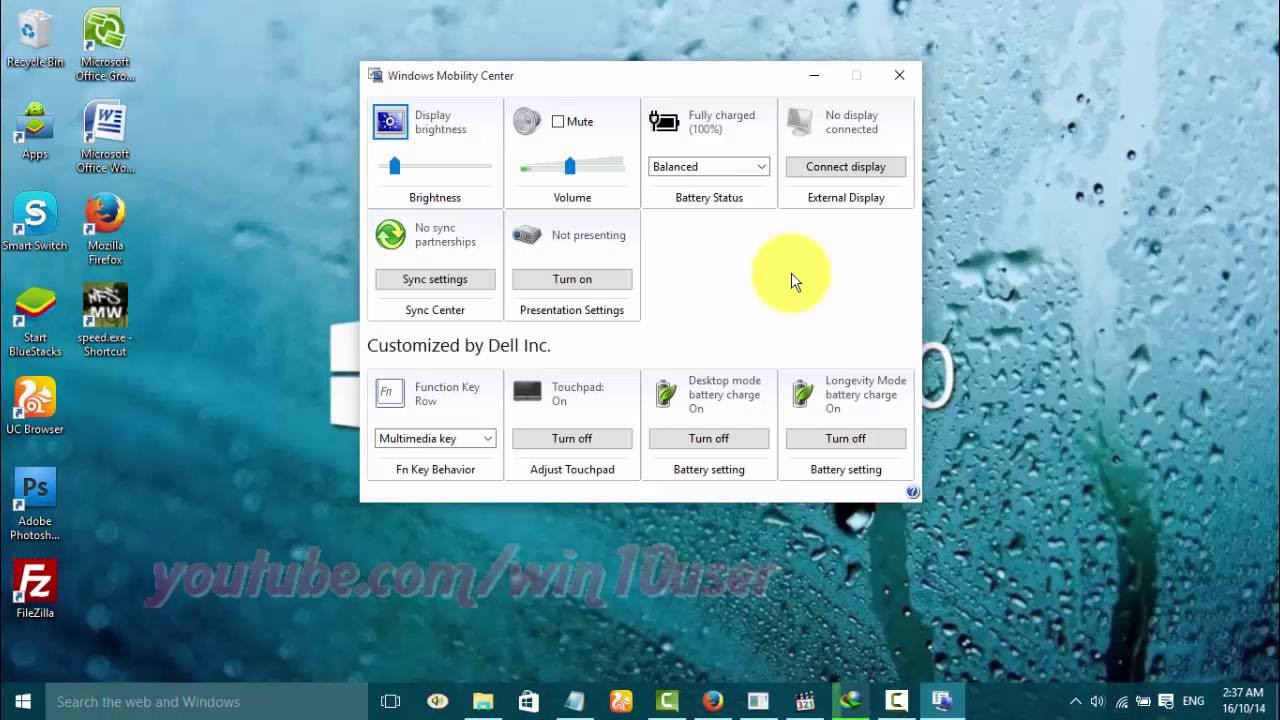 The mobility was introduced with Windows 8 and it has been extremely useful from then. And now the question is which Windows offers better mobility.

Well, hands down to windows 10 as these windows provide an efficient amount of mobility support with fewer resources.

This makes these windows light and less space covering. On the other hand, Windows 8.1 was filled with mobility features and that was the worst part of that Windows.

As I have said, that the winner for this comparison is Windows 10 as it offered minimal yet effective mobility support to its users.

This might be not enough but I have covered most of the factors that you should consider to make up your mind between Windows 10 and Windows 8.1.

Both of them were the best variations of their time and when these windows will be outdated then Microsoft will replace it with another windows variation and the cycle goes on.