Billiards has always been a popular sport and pastime for many people. However, these interesting times we’re in brought several and significant changes to our daily routines, and many people no longer feel comfortable going out to play their favorite games like pool.

Fortunately, the technology always keeps up with the times, no matter the direness of the situation. More and more people turn to play mobile games to try and quell their boredom, and one such game is 8 Ball Pool.

Of course, that isn’t to say that this mobile title is in any way newly released. 8 Ball Pool has been around since 2010, but its number of players continues to grow throughout the years.

In this article, we’ll discuss what the 8 Ball Pool is, how it works, and some game-changing tips and hacks that you might find intriguing.

What is 8 Ball Pool?

If you’re a pool fan and you don’t have a pool table at home, 8 ball pool might be the best thing on your phone for you. Developed by Miniclip in October 2018, this game has hit a massive rating of 4.4/5.0 on the Google Play store, 4.4/5.0 on Miniclip itself, and 4.7/5.0 on the Apple Appstore. These ratings are not just numbers but speak about the humungous acceptance the game has received from the audience worldwide!

8 Ball Pool is a billiard-themed online and mobile simulation sports game. Miniclip, a game company based in several locations, operates and manages the title.

Players enjoy the 8 Ball Pool game because it offers fun, free content, not to mention that anyone can play on their computer or smartphone.

It’s the biggest multiplayer game of its genre, with thousands of daily players on average. According to data from February 2013, 8 Ball Pool had 18 million active players.

8 Ball Pool takes place in realistic-looking in-game game rooms, where players can participate and enjoy competitive multiplayer matches to earn pool coins. These coins are an essential part of the game, as you can use them on cues and other gear.

Each game room is unique and has varying rules, entry fees, and prizes. However, they’re essentially pretty similar to each other. Moreover, players can gather experience points, which they can use to increase their level and unlock other things such as cues, game rooms, and more.

As mentioned, players who log in to their accounts and are ready to start playing are redirected to game rooms that look very similar to game rooms in real life. Only the pool table is visible in this room, and each table has rails, tinted cloth, cushions, six pockets, etc.

Aside from the pool table, your cue and the opponent’s cue are visible at the side. You can’t customize your cues, but there are different variants available in the game, some of which you can purchase from the Pool Shop.

Players can also view their general statistics along with their opponent’s. These statistics include their name, avatar, level, and experience points.

How to Play 8 Ball Pool?

8 ball pool game is a single-player online pool game. The player has to bet some of his coins to join a match out of many matches listed. The players then compete with their opponents, who can either be random players online in the 8 Ball Pool game or people from the player’s Facebook friend list.

The players can send them a challenge choosing the match of their choice to play with friends. The players have to cue all their balls (Stripes/Solids) one by one in the pot before their opponent. Whoever wins takes double the bet of the coins.

Other than that, the game also provides some extra coins for extra tasks like spinning the wheel or watching an in-game ad. Players can also compete in various series of championship matches.

Coins are an essential asset for playing the game. You cannot enter any match without betting on some of your coins.

You can play the game on your Android device, your IOS device, or if you don’t own any of these, you can even enjoy the game on a browser. 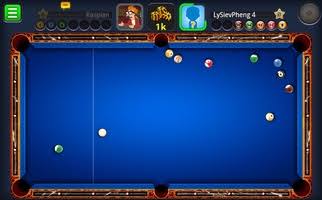 The mod version or the 8 ball pool hack version has many features other than the standard game. It provides you with unlimited miscellaneous items to enjoy the game without any restrictions. You would love the mod version of 8 ball pool to play and challenge your friends for a game.

You can download the mod APK version of 8 ball pool from:

The hack version of this game offers unlimited resources, i.e., coins, matches, cues, cash, tasks, and many others. These resources are otherwise purchased or achieved while playing the game. Getting unlimited resources will help you build intense gameplay against your opponent. 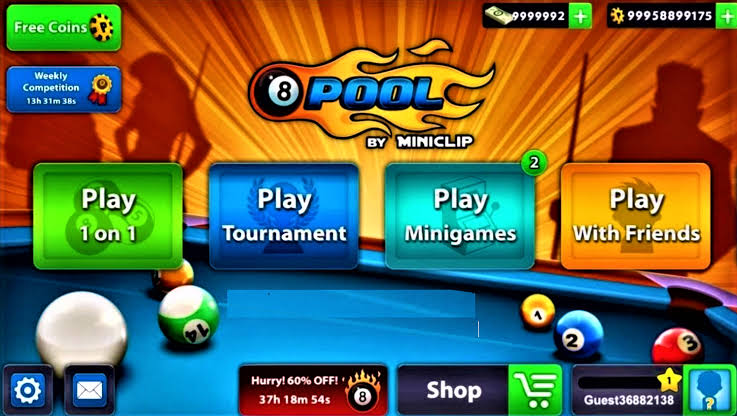 The mod version of 8 ball pool, unlike the standard version, allows you to chat with your opponents despite not being friends on Facebook. You can type messages and chat with them while playing the game.

The hack version gives you an ad-free experience of the game. Usually, many ads run on the standard version of the game, which can be annoying at times. You can free your game from all the ads by downloading the hack version 8 ball pool.

The standard version has some purchasable items available for the players; however, you can get all these items for free from the hack version of the game. 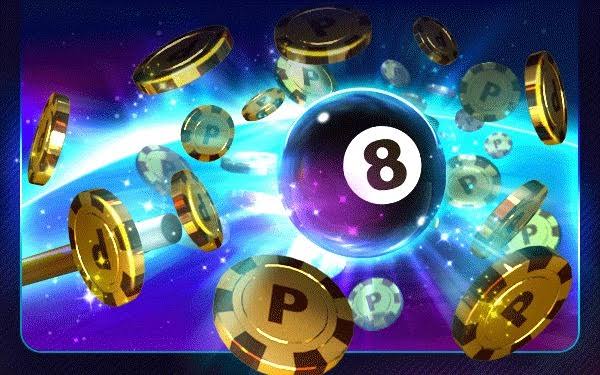 If you are a beginner, some levels on the standard version get unlocked while you play the game. The 8 ball pool hack offers all the levels already unlocked for you!

The use of line is vital for the accuracy of a shot. The mod version offers you a long line to hit more accurate shots and secure your win. 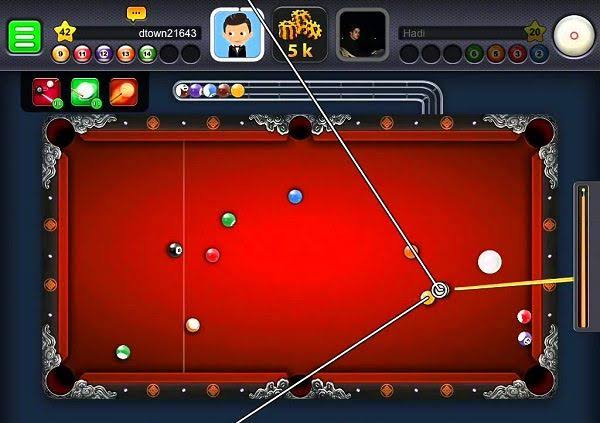 Unlike other applications, this game version does not need you to root your device. You can install this game on any android phone or tablet to make the most of it.

Here are the instructions to download the hacked version of the game on your device.

2. Open the ‘download’ folder on your phone where the APK is downloaded.

4. The game will be installed on your device.

Note: If you are installing an application from an APK file, the first time on your device, you will have to change your phone settings to ‘Allow from unknown sources.

As briefly mentioned, players accumulate coins throughout their matches, which they can later use to purchase new gear and the like. For some players, going through several matches to only earn a few coins can be such a drag, which is why many turn to 8 Ball Pool coins generators.

These coin generators are among the most popular cheats within the game, as it allows players to easily and quickly produce coins and transfer them to their 8 Ball Pool account.

How Does It Work?

The 8 Ball Pool coins generator is a standalone system capable of modifying some parts of other systems through debugging.

However, instead of fixing bugs and other issues, a cheat generator edits a game’s memory so a player can have, for instance, more cash or coins than they ought to have.

Overall, 8 Ball Pool is an excellent game for anyone looking to pass the time. It’s an enjoyable game to play no matter the situation—whether you’re bored at home, waiting in line somewhere, or commuting to school or work.

In this article, we provided you with the APK file of 8 ball pool mod so you can enjoy playing the game without any restrictions. The mod version offers you various unlimited items you can use.

Please give valuable suggestions/ remarks on this article in the comments section below. I hope you have a great day!